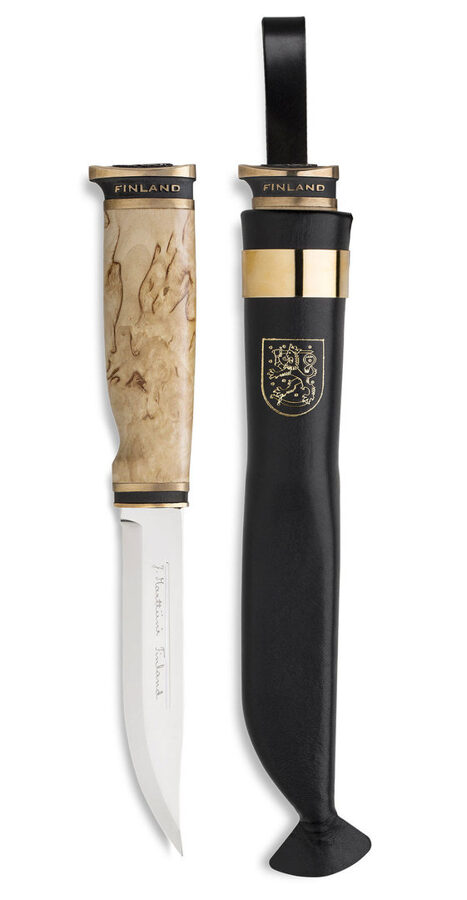 Finnish Lion cast in bronze.
The roots of the Suomi-Finland knife go back more than 20 years. When Finland celebrated 80 years of independence in 1997 Marttiini naturally celebrated the event by making a knife. In 2009 the design of the knife was updated. At the end of the handle is the Finnish Lion cast in bronze, and the knife carries with it the strong spirit of Finnish stamina with which our forefathers secured the independence of our nation. The Lion is also printed on the sheath.

This knife has been presented to our athletes at several Olympic Games. It is known as the Stamina Knife (Sisupuukko in Finnish) and is a token of respect for exhibiting extreme stamina and perseverance.